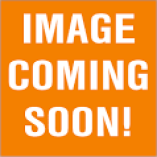 This will be Jason Albano’s second year coaching with the Hurricanes. In addition to coaching here, Coach Jason spent time as a coach with Team Nitro as well as six years coaching softball with Lindenhurst American Little League.  Jason is on the Lindy American Board of Directors as the VP of Softball.  Jason was a three-year Varsity baseball player for Copiague High School and played Division I baseball for Pace University.

As a Softball Coach he lists the 2016 and 2018 Gold Medal Championship in the District 34 invitational tournament as some of his accomplishments.

Jason lives in Lindenhurst with his wife Nicole and three daughters, Jennifer (13), Leah (11) and Samantha (4).  Jennifer plays for the Hurricanes 14U Thunder while Leah is on the 12U Antonucci team.